Rousham and its landscape garden should be a place of pilgrimage for students of the work of William Kent (1685-1748). Rousham represents the first phase of English landscape design and remains almost as Kent left it, one of the few gardens of this date to have escaped alteration, with many features which delighted eighteenth century visitors to Rousham still in situ, such as the ponds and cascades in Venus’s Vale, the Cold Bath, and seven arched Praeneste, Townsend’s Building, the Temple of the Mill, and, on the skyline, a sham ruin known as the ‘Eyecatcher’

The house, built in 1635 by Sir Robert Dormer, is still in the ownership of the same family. Kent added the wings and the stable block, furnished and decorated much of the interior although some of the 17th century panelling remains. The house is open by appointment only. 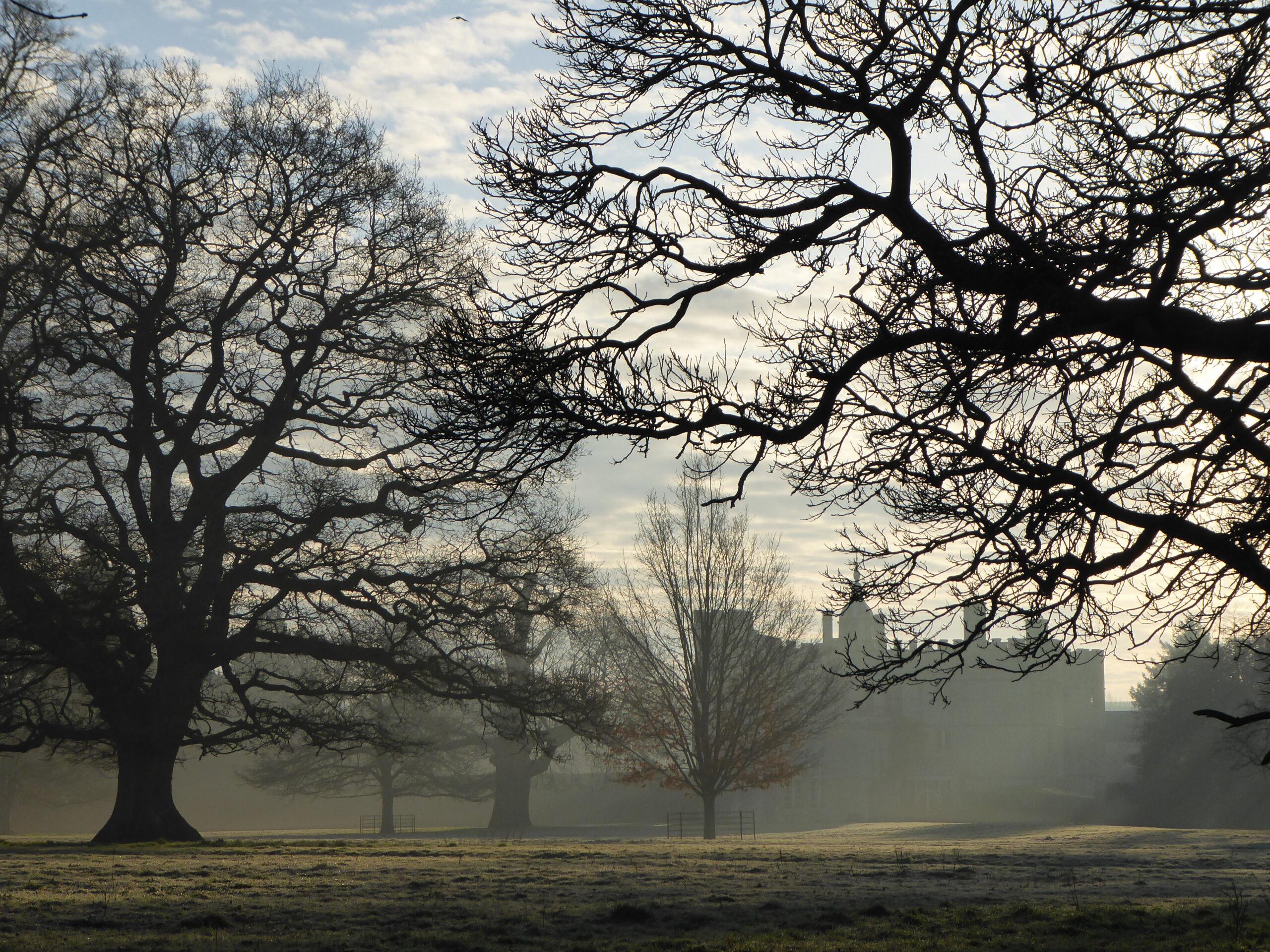 Rousham House from the park 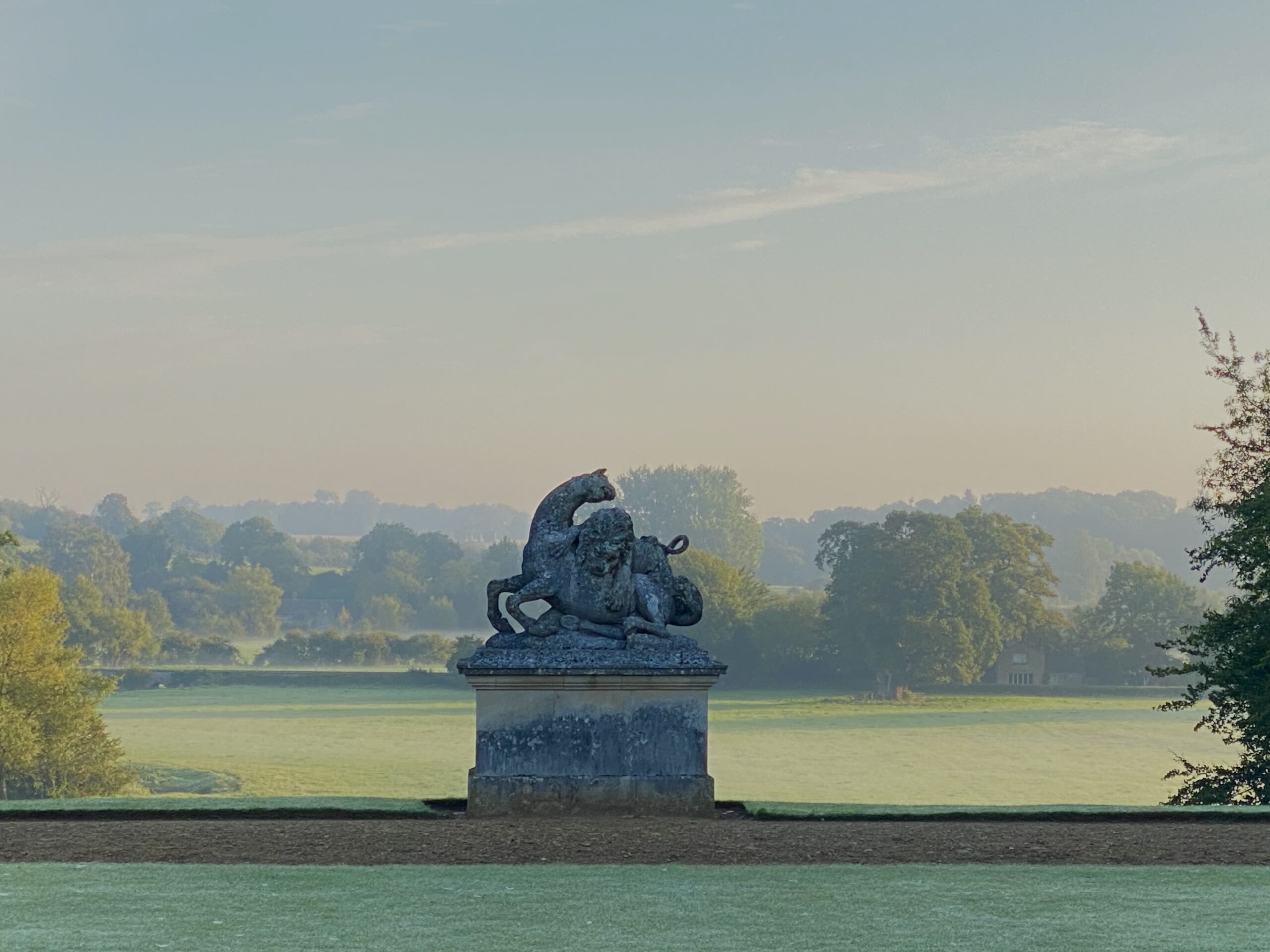 William Kent was a painter, stage designer and architect who spent time in Italy, the influence of which can clearly be seen in the gardens at Rousham, he was one of the pioneers of what was known as the ‘New English Style of Landscape.’ Until then gardens had been in a more formal style, the garden today still retains a quality of Englishness and unbroken harmony between house, garden and countryside.

The garden was commissioned in the early 18th century, by General James Dormer a soldier who had fought with the Duke of Marlborough at Blenheim. Kent, who was at the centre of the picturesque movement, developed and completed the original design by the royal gardener, Charles Bridgeman. He saw the garden as a stage so that every path culminates in a statue or building and gives a sense of drama with the garden visitor at centre stage.

There are said to be a thousand ways to walk around the garden but the journey begins at the bowling green, with a vast hedge on the south side; the first thing that catches your eye is a great lawn framed with a wide path and beyond it a statue of a lion attacking a horse by Peter Sheemakers. From the house this statue draws your eye and then leads it on to the Cuttle mill and finally to the eye catcher perched on a hill in the distance. From the bowling green you can take any number of paths. One way takes you into the William Kent gardens with pools, a rill, cascades, statuary, and a seven arched colonnade called Praeneste modelled on the ruins at Palestrina in Italy, which is set into a steep bank overlooking the river Cherwell and the Heyford bridge. The other direction takes you to…. 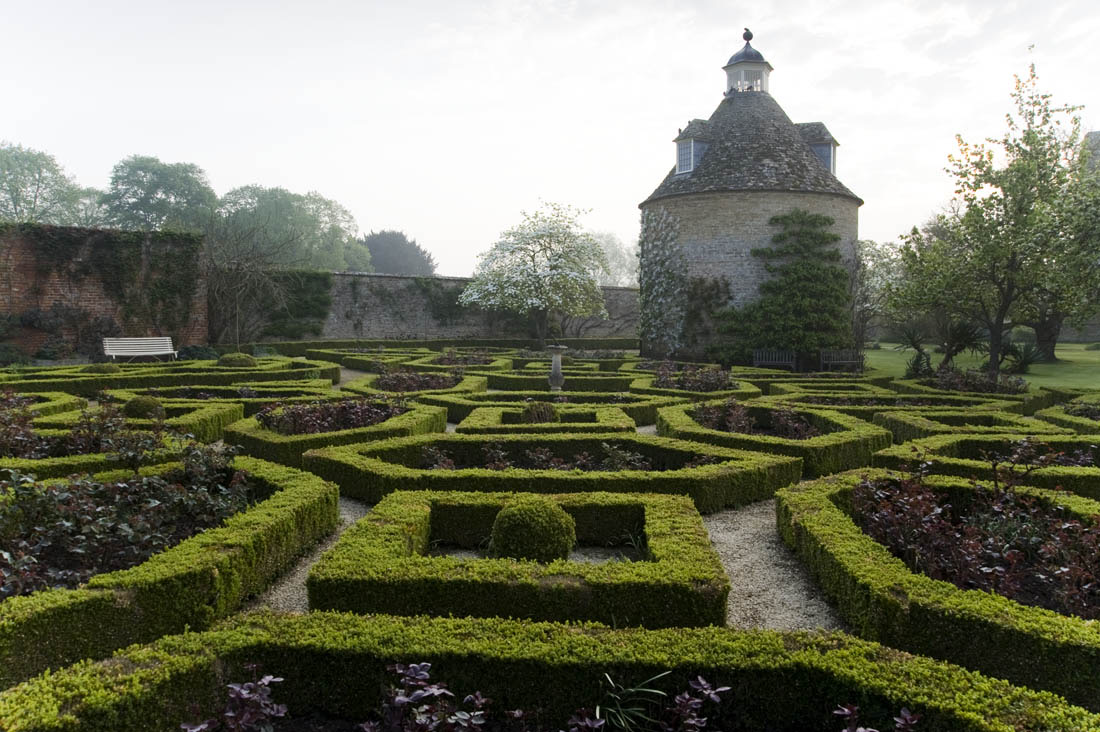 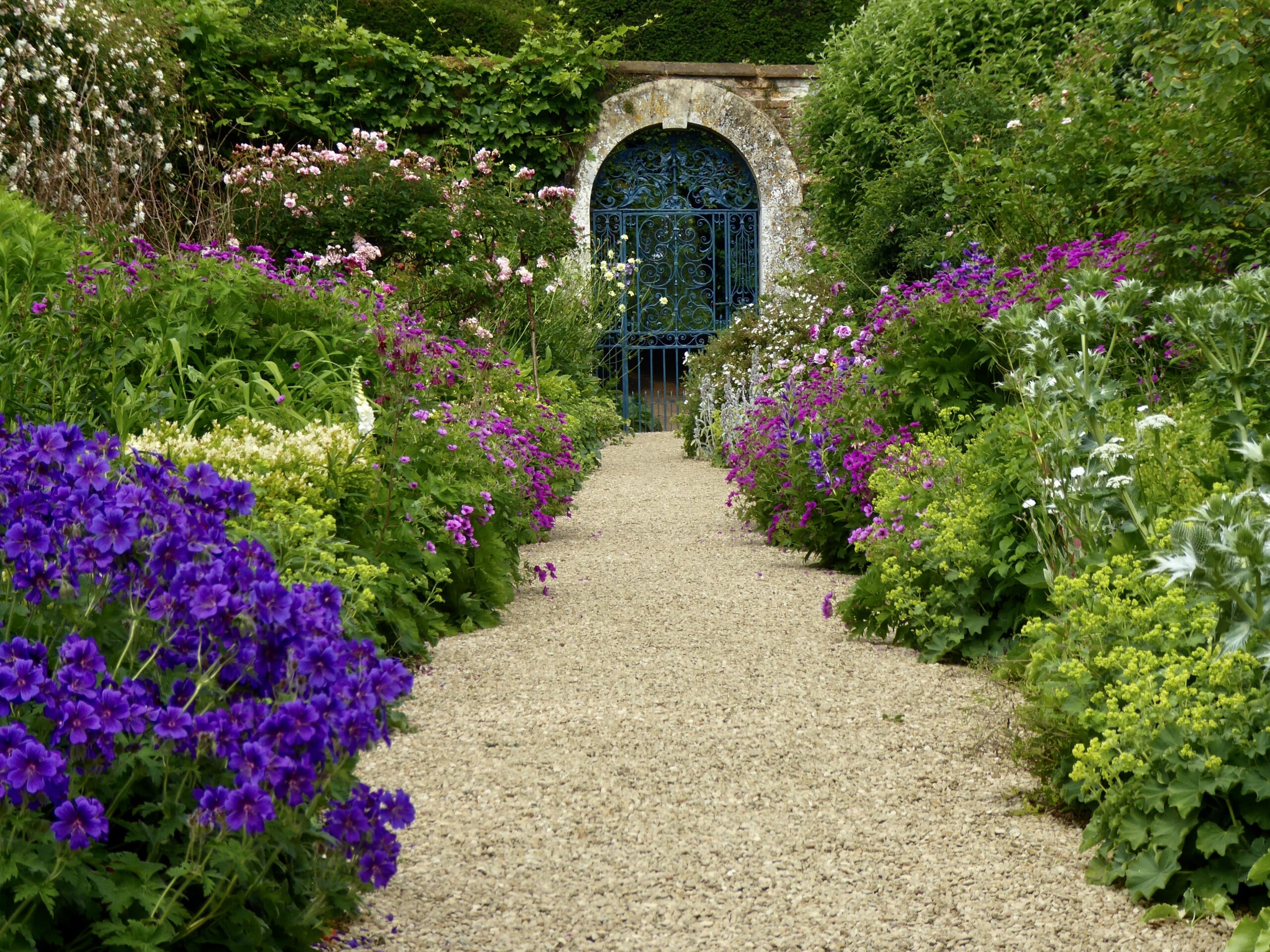 In contrast to William Kent’s eighteenth century ‘Pleasure Grounds’, on the south side of the house, are three seventeenth century walled gardens. Deep herbaceous borders spill over the paths, peaches, apricots, plums and pear trees are trained against the ancient brick walls, a pool with a fountain surrounded by roses and a path framed with espalier apples takes you to an archway leading you into the well-stocked kitchen garden and then a quaint arched gap in a box hedge leads you into a smaller garden with a circular dovecote and a Mulberry tree overlooking a box parterre full of roses.
Beyond the haha, in the park surrounding the garden is a rare herd of longhorn cattle.